Guaranteed Way To Increase Anticipation For Your Single Or Mixtape Release

Learn How To Create A Buzz For Your Next Music Release! 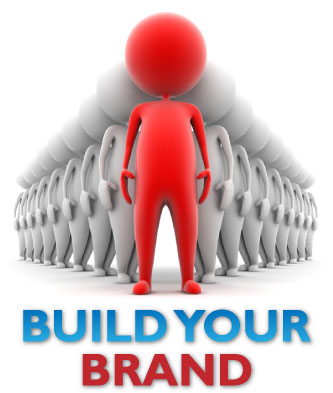 So you have invested nearly all your resources into making your brand new single or mixtape. Well, what next? Do you have a plan to snatch the much coveted crown in the music industry, or will you sit there and wait to be successful? I hope not... I have a motto that I've been living by since  16 waiting on the next man you won't have shit and that definitely applies to the music industry.

I can tell you that one of the best ways to get disappointing and heart wrenching results with your new music release is to launch it without plans to promote or market it. It  seems like most artist nowadays just release their singles or mixtapes, by literally “making it available” in the market by putting it on Facebook, Datpiff , or any other 3rd party music site , but what musicians fail to realize it that those sites are just platforms to host your music (Really you should have your own site) and you still have to promote and market to get people to your music.

When all these megastars you always hear about, such as; Kanye West and Rick Ross release their single,mixtape or even an album, they do not just put it there blindly, and sit back. Successful musician will be strategic enough, and even release a single in advance of the entire album. Here they build anticipation. Its about building a buzz and having a strategic plan.
Unfortunately, one of the mistakes I normally see many artists make from time to time is lack of building anticipation for their music releases. It seems that independent musicians have the tendency to just announce they are releasing their new single or a mixtape, and then just  release it foolishly. Well, this is a big NO!
Allow me to break down this whole idea behind, proper releasing of music, and anticipation. You see, human beings are wired in such a way that they respond much better to enticing perks and, when they have sufficient time to hype about it. By dropping a hint that you might release an awe-inspiring music, it is no brainer that many fans will be anticipating to buy your music or you can release little snippets of some of your best songs also.  Eventually, this will increase the probabilities of being successful with your single or mixtape.I'm pretty sure your getting my drift on how you can cut your niche successfully, without much hassle?
By alerting people or your target market, per se, you give them time to carry out a few things such as;Fans will get excited about which kind of music you want to drop. While some fans will be excited, without raising their anticipation high, it is definite that more excitement will just build up over time. Making your prospective fans wait that much longer can even increase their interest in your work-piece, and get excited when the D-day arrives.  For example, just think of small children on Christmas holidays.


A little and deliberate delay of the single or album will allow the fans to try to save some money required to buy your product. It is most likely that if you release it instantly, they might lack the money, hence reduce the amount of sales you could have made. Moreover, this can be bizarre as some people are naturally discouraged to buy things after it was released long ago, they will forget about it. However, if you alert people about your forthcoming single or album, they might just set aside some cash to buy your music upon its release. If you furthermore talk about your forthcoming songs, I’m sure some avid fans will mention it to their peers, and by this it will help spread the buzz quickly.Think about how movies work they make their most money on the opening weekend due to the buzz they created before they released it and after that the sells dwindle down. So the whole goal is to create the most buzz before your project drops.
Trust me when I emphasize on proper marketing and promotion of any music release prior to the D-day. Actually, I bet you have heard or even seen, some big and established record label advertise about a forthcoming single or album, like 3-5 weeks before it is released, and it all boils down to raising your target fans’ anticipation. Anyway, now that you have grasped some ideas regarding how important anticipation is to any music release, let us see how you can create it, and possibly keep the fans involved.
Allow fans to know you are about to drop something
This is the preliminary stage. Prior to exciting your prospective market or fans, you fist need to give them something to get excited about. Make it a big deal announcing your forthcoming music item. And even make them believe it will be the best of all, and you have given your best shot. However, do not narrow it down to a specific date, just tell them that you are working on it, and it will ready in a few weeks or months.
Ensure you update them about every progress
As you are working on the final touches on your project, it is important to give people updates regarding your progress. For example, you can let them know that you have finalized recording all the songs in the album, and you are busy shooting high quality videos somewhere. Well, just tell them anything relative to your music and it will stick on the fan’s mind.
Moreover, do not fail to mention, how you are excited about this project and give them an idea of what to expect on your mixtape and have a custom mixtape cover, or single cover use as bait also.Trust me this kind of excitement will get to fans.
Involve your fans in the making process
Another big way for getting the fans hyped is by getting them involved in the whole process. It instills some sense of importance, and fans will feel like you appreciate their efforts and immense love. If you really want to people to be excited about your project, a perfect idea is to bring them on board. This can be in terms of; asking your fans to suggest some of their favorite lyrics or punch lines  for you to put in a song, ,those are just some examples you can add your twist to it, but make sure you apply it to your strategy it will pay off  . You can ask them to tell you what they feel it should be incorporated in your videos, or which artist to collaborate with him or her.
Music is the universal language, and it is a great tool to connect and relate with others. For this reason, an artist needs to create a buzz for every  project, and so fans are  ready to receive the single or mixtape,and your project will be a success.Remember people don't plan to fail they fail to plan if you don't have a strategic plan behind your projects your just wasting your time. Really it should be common sense just think about your favorite artist you listen to now you heard their music because they marketed and promoted it correctly and when you see any mixtape covers, album covers, or any graphics that represents them its always professional.
Posted by Mixtape Cover Designer at 9:23 AM

The #1 Mixtape Cover And Graphic Designers In The Music Business.

Get Your Custom Jewelry Today